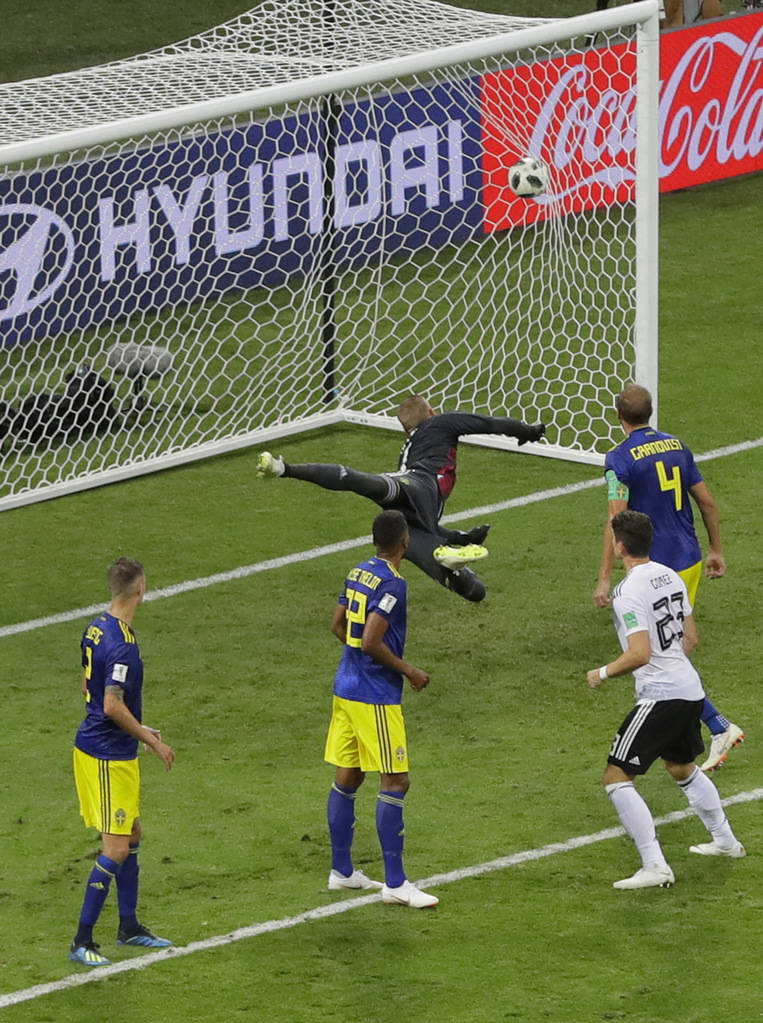 It all came from a Süle mistake though. Germany will still have a chance to move top of Group C on Monday when they face currently table toppers Northern Ireland in Belfast, but they'll need to cut out the mistakes of which they've made far too many tonight.

The Netherlands are sitting very deep as we enter the closing stages. The onus is on Germany to make something happen, but they look liklier to concede on the counter than they do of producing an equaliser.

Germany are desperate now and Julian Brandt is brought off the bench for Ginter. He's made an impact as a substitute for Dortmund already this season can he at least help rescue Germany's unbeaten record in Group C?

The Netherlands carve through Germany's backline with some eye-catching and incisive passing as Malen comes off the bench to open his account on his international debut after Depay produces the cheekiest of assists.

It has to be seen to be believed. Former Germany international Steffen Freund keeps referencing how "lucky" Germany are to be level following that penalty.

The Netherlands are still on the front foot and the worrying thing for Germany is that with Reus and Werner off the pitch they don't have as much width, while Havertz, Kroos and Gündogan are all trying to pick up similar positions in congested central area.

This game has been blown wide open and it's anyones to win now. The Dutch go close to restoring their lead, but Depay's inability to connect cleanly with a cut-back allows Neuer to make another pivotal save.

Schulz breaks to the byline on the left and sees his cross blocked. With the ball loose it bounces off the arm of de Light and the referee points to the spot.

The game has been completely turned on its head. Germany trail for the first time in the match, something they never did in the win back in March.

Back then they took a lead before Schulz rescued the win late on following a Dutch comeback. Oh dear! Germany fail to deal with a Dutch corner as van Dijk draws another magnificent save out of Neuer with a towering ehader.

However, Germany's No1 is let down by his backline who fail to clear allowing Depay to put the ball back in the mix, where Tah bundles home after Babel failed to provide the decisive touch.

Joachim Löw reacts by making two changes, bringing Gündogan and Havertz off the bench to replace Reus and Werner.

Neither quite made the desired impact on the game, but in the case of both it wasn't for the lack of trying. What a touch.

What a goal. Frenkie de Jong's first international goal is glorious. Babel fizzes a ball into the middle, Schulz has to do better with the in the box, but de Jong's first touch oozes class and finesse, leaving him with a golden opportunity which he buries past Neuer.

The best chance of the game for the Netherlands fails to get the better of Neuer between the sticks. The visitors work the ball well down the right before finding Babel in the middle.

With his back to goal Babel tees up Wijnaldum whose first-time effort has Neuer at full stretch to claw the chance away. The Bayer Leverkusen centre-back hasn't had his best game in Germany colors and Depay is the latest to beat him for pace and power before his cutback is crucially cut out by Kimmich with Promes loitering.

The game has certainly opened up in the second half and Joachim Löw's charges are looking to put the Dutch on the back foot at every opportunity.

Schulz is the latest to make a surging run forward, but his cross-cum-shot fails to find a teammate with de Ligt clearing at the back.

Germany should have a penalty. A dangerous delivery comes in from Schulz and with Gnabry looking to latch on the end of it, Blind makes a clumsy challenge from behind that knocks Gnabry off balance.

The Dutch defender made no attempt to play the ball. The free-kick is taken quickly with Reus pinging a brilliant ball over the top for Klostermann who finds Gnabry in support.

With the angle against him, Gnabry smashes the abll across goal which is almost turned into his own net by de Ligt. We're back underway in Hamburg and as the German commentator on RTL just said "after a first half that was a lot of chess, we're expecting entertainment in the second half.

Löw will be pleased with the threat his side have posed and how little they've been threatened. However, we won't know if they've learned all their lessons until the end of the 90 minutes.

After all the second half of their win in March was of great contrast to the first. A glorious chance for Germany to double their lead goes begging.

Reus finds a pocket of space inside the Dutch penalty area, takes one touch to settle himself only to see his fierce effort pushed brilliantly saved by Cillessen.

Corner for the Netherlands, who have struggled to pose Germany's backline a problem from open play in the last 10 minutes.

They work the set-piece short, but the chance comes to nothing as the ball crosses the byline in the build-up. Tempers fray momentarily after a hefty challenge in the air between Kimmich and de Ligt with the Dutch quickly surrounding the Bayern player.

Kimmich and Depay who got a bit pushy in the fracas have both gone in the referee's book. The Netherlands are still enjoying the lion's share of possession, but with Germany threatening in transition they've adopted a more risk-averse approach with their passing.

The hosts are doing a great job of keeping space tight. Germany break forward at pace, this time after great defensive work from Gnabry.

His pace is causing problems for defenders and teammates alike. Gnabry's confidence is a blessing and a curse!

Germany break in transition with one incisive pass releasing Gnabry, but with Werner in acres of space to his right, the Bayern star instead tries to chip Cillessen on the run from 35 yards.

An easy save for the Dutch keeper and Werner isn't happy. The Netherlands are awarded a free-kick in a dangerous area. Depay floats a ball towards the back post where de Ligt is up like a salmon to win the header.

However, he gets his angles wrong and sends his effort back across goal and wide of the target. Enjoy your trip even more.

Travel safely! See how to take care of your health during your next trip. The best choice for you Need to check bags?

Pay the baggage fees in advance and get a discount. Premium Economy You make the most of every second and time flies.

Guaranteed Fare Guarantee for 48 hours the fare found and have more time! Travel with miles. Learn more. Visit Denver. Fall in love with one of the most amazing destinations in the USA.

See the aircraft in our fleet Learn more about our aircraft — each one is especially designed to offer you the best in comfort, spaciousness and modern amenities while on board.

For flights operated by GOL and Air France-KLM, online check-in is available within 30 hours before the flight Identification documents During intelligent check-in, you must enter your identification document number and other required information, such as an emergency contact phone number.

The identification document indicated must be valid and in good condition so that you can be identified by GOL and inspection authorities.

Should this result in the passenger missing a flight, any and all expenses resulting from flight changes will be of the sole responsibility of the passenger.

Baggage check, carry-on and boarding procedures. Checking Baggage: If you have baggage to check, please arrive at the airport with a valid photo ID at least: 1 hour before domestic flights or 2 hours before international flights except for flights departing from Bolivia, which require passengers to arrive at least 3 hours before departure.

Carry-on Baggage: If you have carry-on baggage only, you may proceed directly to the boarding gate: - Carry-on baggage may weigh up to 10 kg 22 lbs and may not exceed the following dimensions: 35 x 25 x 55 cm 13 x 9 x 21 in length x width x height.

It's prohibited to: Transport sharp, pointed, flammable or explosive items. Additionally, for international flights, your carry-on baggage may only contain one clear, sealed bag of liquids and gels, which individually must not be larger than ml 3.